E-commerce used to be laughable. Now, it’s the main industry doing the laughing. 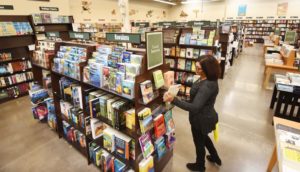 Barnes & Noble, the last of the bookstore giants, announced last October that after hearing acquisition interest from several parties, it has initiated a strategic review toward possibly selling itself to stay afloat.

What you don’t know is this?

Jeff Bezos, the 31-year-old CEO of the scrappy startup that sold books online, was actually approached by the multi-millionaire boss of iconic Barnes & Noble about a collaboration in 1996. At the time, B&N dwarfed Amazon because it had only $16 million in sales by that point. B&N had $2 billion and was tossing around the idea of an online store. 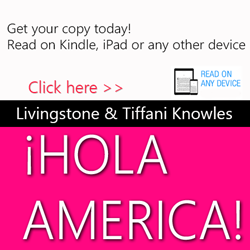 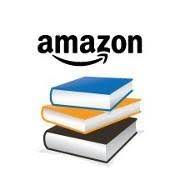 My, how the tables have turned…

Today, Amazon has about half the market share for print books, and B&N only one-fifth, according to Mike Shatzkin, an industry consultant.

Today, almost 15 years later, Barnes and Noble has closed 90 of its 720 locations and has left many metropolitan cities without a single major bookstore. Now, it seems ready to throw in the towel.

In truth, Amazon has left no one unscathed in its wake. It has wiped out sporting goods giant Sports Authority and has department stores like Macy’s, J.C. Penney and Sears by the balls.

But what say you about the retail behemoth Walmart? I believe they are the next victim but are hanging on for dear life, refusing to be swept up by the current. 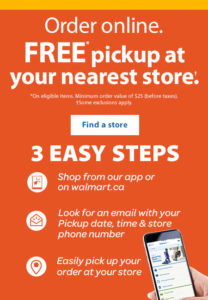 The lesson to be learned here is to stay ahead of the curve, keep your hands on the pulse of your customer, keep your eye on your competitor and allow no one to invade your turf without a fight.

Walmart saw its e-commerce sales in the U.S. jump 43% year-over-year during the quarter.

“Progress on initiatives to accelerate growth, along with a favorable economic environment, helped us deliver strong comp sales and gain market share,” CEO Doug McMillon said in a statement. “We’re excited about the work we’re doing to reach customers in a more digitally-connected way. Our commitment to the customer is clear — we’ll be there when, where and how they want to shop and deliver new, convenient experiences that are uniquely Walmart.”

Walmart has focused on revamping its e-commerce experience by adding new technologies and updating its website.

One of the main drivers of its e-commerce success has been its grocery pickup and delivery, which is now available in 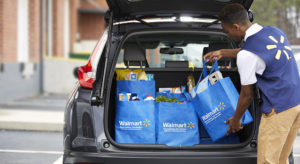 While Amazon’s acquisition of Whole Foods is a clever response, Walmart still has some tricks up its sleeves.

Have you begun projecting 5-10 years into the future for your industry? What are you neglecting business-wise with the changing trends in digital marketing, digital sales, social media marketing and other cutting edge innovations?

Scaling as an e-commerce business is easy. Be fearless. Take your idea and build it with working capital from investors your can trust.