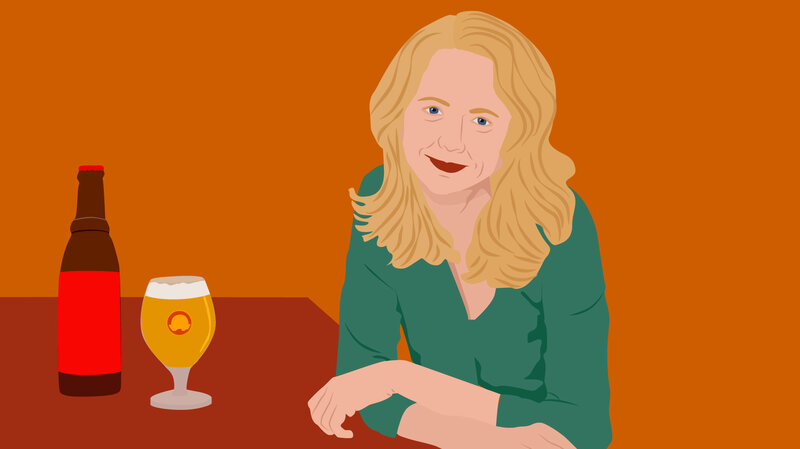 In the ’80s, craft beer was just taking off in the United States and current household names like Samuel Adams were just getting their start.

Newlyweds Kim Jordan and Jeff Lebesch took out a second mortgage on their home in Fort Collins, Colorado to start a craft brewery in their basement in 1991 after Lebesch was inspired by the spiced beers he had sampled on a trip to Belgium. Their  company would become known as New Belgium Brewing Company and he would be the brewmaster.

This month, NPR featured New Belgium Brewing Company on their podcast “How I Built This” because the company is now one of the largest craft brewers in the U.S. and Kim Jordan is one of the few female founders in the male-dominated beer industry.

Recorded live in Boulder, Colorado, Jordan tells the story of how she needed capital to grow the business and knew absolutely nothing about making one’s business attractive to a bank. She told host Guy Raz that while she was piecing together the stipulations for the loan application at the bank, she received a rude awakening from the banker.

“You know, the way that you dribbled this paperwork in makes me think that you know nothing about running a business and I’m not going to even take your loan to the committee,” the banker told Jordan.

Little did this banker know who she was talking to and what Jordan would become.

At Global Business Lending, we know not all business owners were educated at Harvard Business School. Some go into business because they have a passion for beer, or auto body work, or carpentry. We think beyond the status quo and see your business’s boundless future. We are visionaries who refuse to be constrained by the conventions of today’s business lending environment. We take our time to educate the most unsophisticated business client and coach them into a client that will catch the eye of our underwriting team.

Global Business Lending is the key to expanding your business, even if you don’t have excellent credit or you’ve not been in business for very long.

Get pre-approved today for working capital for your business.