Strong. Ambitious. Driven. These three words describe Nina Kiknadze. Though, she would boil it down to only one — HUSTLE.

To kick off Women’s History Month, we would like to highlight Nina Kiknadze, the owner of the freight brokerage firm Black Coral Business Group (BCBG) that assists shippers in finding carriers who are qualified to haul their loads across land and sea. She is one of a few women owners in her industry and she uses this fact to fuel her hustle.

Kiknadze started the business after years of working in the private sector doing accounting and export logistics. She decided to incorporate BCBG in February of 2018 after she noticed how much knowledge she had in freight and how much opportunity there was in the industry.

Now, a year later, she operates her business out of a home office in Buford, Georgia where she helps, not only freight shippers across the country, but truckers and haulers who are desperately looking for work.

Since securing a small business loan from Global Business Lending in December of 2018, she was able to increase her marketing budget and even received an additional round of funding at the start of the new year.

“Nina of Black Coral Group was an absolute awesome merchant to work with…very quick to respond to requests,” said Victor Rannie, funding specialist at Global Business Lending. “I can see how hard-working she is because is always looking for opportunities to expand her business.” 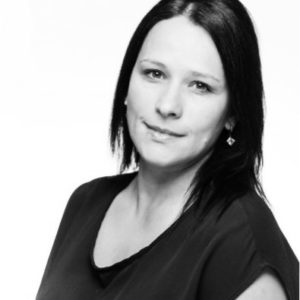 Kiknadze’s story in business dates back to 2006 when she first moved to the United States from the Eurasian country of Georgia. In her words, she left her home in search of a better opportunity and she wasted no time in trying to attain it.

While she already possessed a master’s in Russian language and literature, she had no qualms starting over in her new homestead. In 2010, she graduated from Tennessee State University with a bachelor’s in accounting and finance.  From there, she explored many career paths, from being an account manager within an export company to a revenue manager at an accounting firm.

Now, in business for herself, Kiknadze is a hands-on owner, constantly working long days and nights to stay on top of the shipment schedule and to ensure the safety of her drivers.

“The most important aspect in my business…the thing we do the best is always making sure we are on time and that our drivers have arrived safely,” she said.

In a male-dominated space, Kiknadze is a person who tries harder than most in her industry because she is one of the only women in it. This is an advantage, she said, because when most people underestimate her, she blows their preconceptions to smithereens.

An example of her savvy was on display after Hurricane Harvey hit Texas in 2017. Kiknadze made sure that her trucks were some of the first to help with supplying aid to the affected victims. Her competitors showed up days later.

Kiknadze works hard, not just for herself, but to make sure that BCBG is the best in the business.  Through her strength, ambition, drive, and most importantly — HER HUSTLE –  Nina Kiknadze is the prime example of those who come to  America to passionately pursue the American Dream.

Allen Perez-Florido contributed to the reporting of this story.